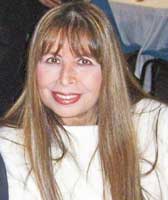 Ana Fataccioli, is a former engineer who later graduated as a fashion designer, majoring in Patternmaking and Garment technology. Having cultivated her skills globally, studying in Peru, Brazil, Italy and Australia, she has over 35 years of experience in every aspect of patternmaking and garment construction. After many years as a designer, Ana decided to share her passion with other by opening Brisbane’s first Dressmaking school in 1996, The Sewing Workshop™. Twenty years later, Ana has educated over 4,000 students in all aspects of sewing, fitting and patternmaking. Ana personally teaches most of the courses and now is supported by industry trained professional teachers.

Ana is the Owner and Director of the Dressmaking and Alteration business Alter to Fit©, which has been in operation since 2005 at Mt Gravatt, offering Dressmaking and Clothing Alterations from Jeans to Bridal. Assisted by her staff whom she has personally trained, Alter to Fit has satisfied thousands of customers during the years. Their regular customers are a testament of their exceptional work and excellence customer service.

Over the years, her expertise became widely spread, and from her dressmaking services various clients were coming to her for patternmaking and grading, using traditional methods. With much repeat business and demand stemmed her new entrepreneurial business The Patternmaking Studio, offering Patternmaking and Grading Services with both traditional methods and technologically advanced digital patterns. Ana’s solid background and experience are the backbone of The Patternmaking Studio. We now have a national customer base, and cater to various types of garment design.